The cost of taking a tank out of service is often high, and in this article, I’m going to share with you 3 examples where Forge Bonding cut costs by millions (90% or more) for clients.

Having to take a tank out of service, especially during an unplanned outage, is a process that easily costs millions, in part due to production shutdowns. This cost is in addition to the cost of cleaning and degassing the tank, and other related expenses such as permitting and demurrage.

Sometimes it’s a tank spanning the size of a football field, and sometimes it’s a 5 foot tank with a leak that can’t be fixed due to required hot work.

A leak in a 5 foot tank doesn’t need to shut down your facility.

Here are a few examples where clients saved millions by avoiding hot work and using Forge Bonding for their repairs.

1. A Big Tank In Louisiana

In one refinery in Louisiana, we had a client that had nearly a football field diameter tank that contained crude oil. They tried for 2-3 months to stop the leaking roof, and spent an estimated $1.5M before Forge Tech arrived.

Below you will find three repair attempts.

The total cost to the client to take their tank out of service, to make the repair including cleaning, degassing and lost production, would have been an estimated $10M over one year.

After Forge Tech arrived, 4 technicians fixed the leak in 6 days, with a total cost of $99K.

$99K versus $10.5M, that’s a 99% cost reduction. Minimal production was lost and the repairs were completed in less than a week. 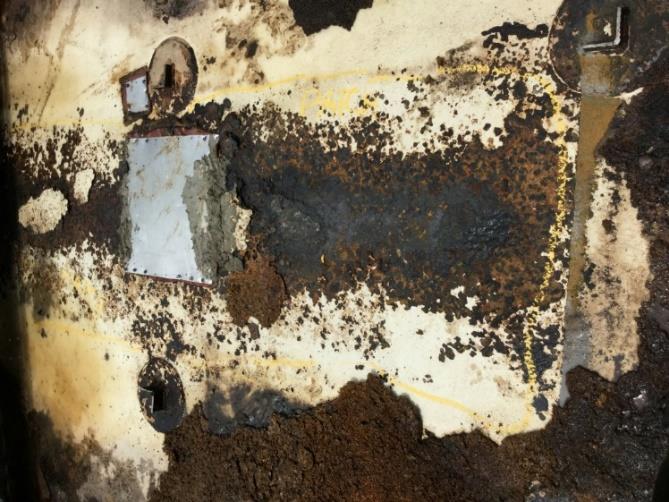 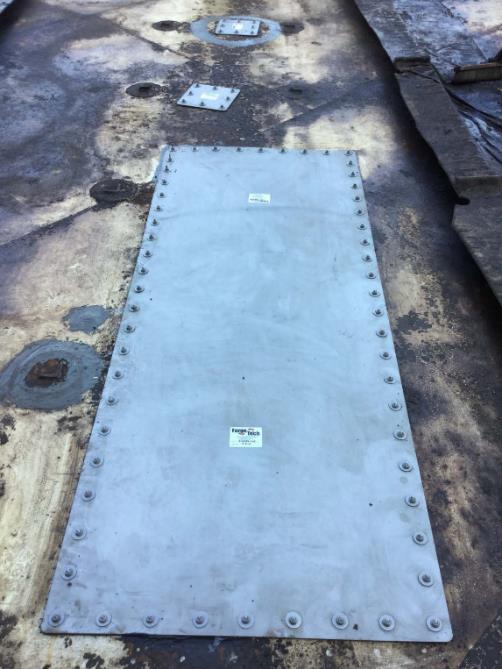 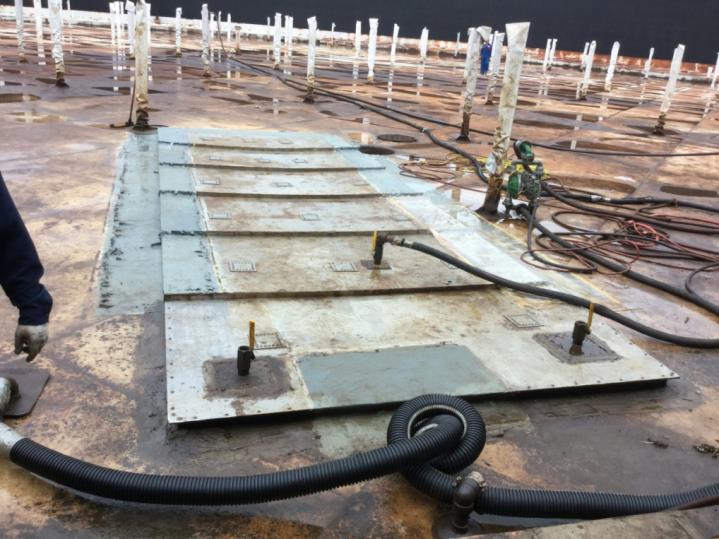 At a terminal in Louisiana, a customer had a corroded gauge hatch on a 110’ diameter diesel tank that needed repairing.

They hired a vendor to stop the leaking roof, but they failed.  When we finally went in, we got a cold work permit to Forge Bond a fix and you can see the result in the last picture.

If the tank owner decided to shut down for repairs, we estimate it would have cost them $1.7M including lost production. 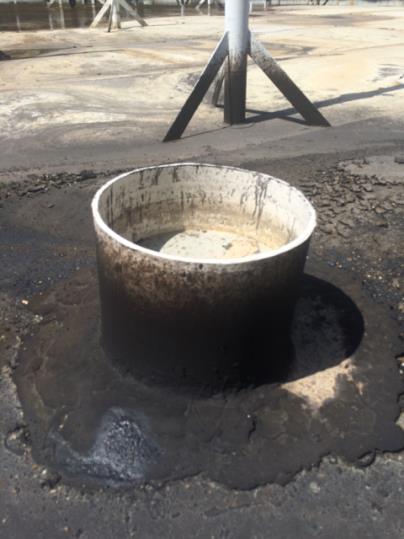 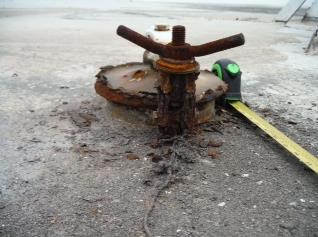 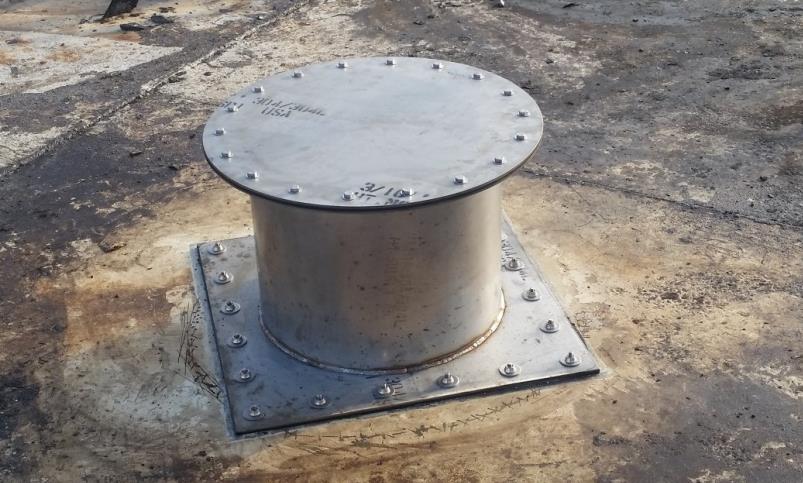 3. A 5’ Tank Would Have Shut The Whole Plant Down

In Louisiana, there was a chemical plant that had a 5’ diameter steam drum that was leaking condensate.

Even though this tank was small, the owner could not get a hot work permit to repair the leak.

He would have had to shut down the entire plant, easily costing millions in lost production.

With Forge Bonding, it took 2 technicians 1 day to successfully repair the leak, costing the client the small amount of $23K. And the plant remained in service the entire time. 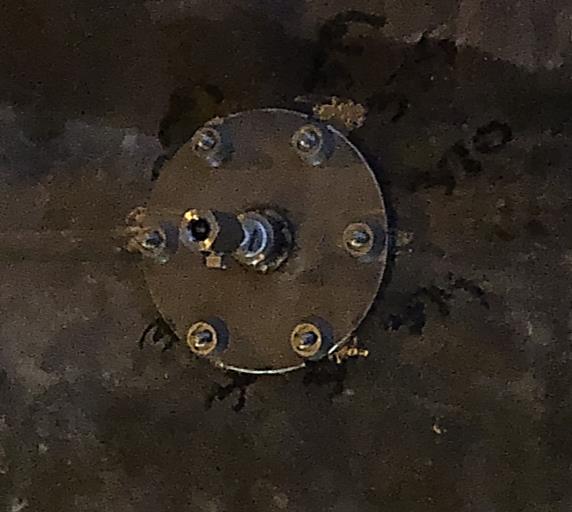 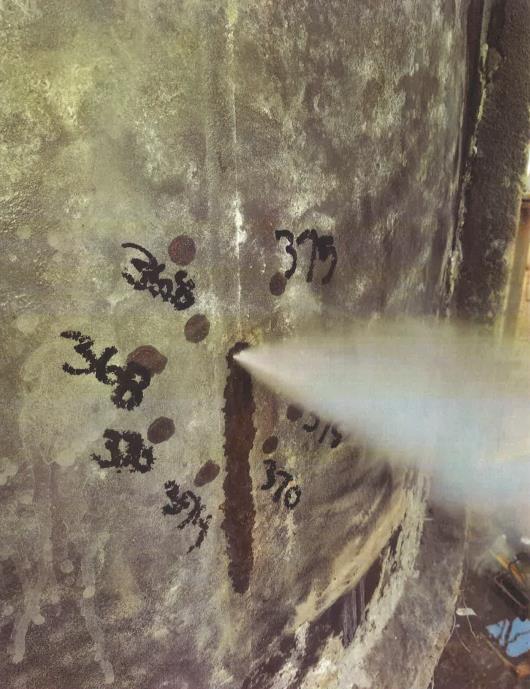 In these examples, the clients saved considerable amounts of money by making repairs while keeping their process lines running.

Not only were these repairs performed without interrupting operations, but the time needed to make them was also a tiny fraction of what they would have needed to shut down.

Choose the easier way to make repairs to your tanks without the overhead that comes with shutting down.

Next time you have a tank that needs welding repairs and you can’t get a hot work permit, or want to save the time and money that comes with it, try Forge Bonding.